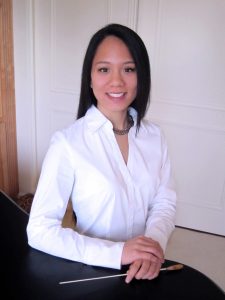 Among her international engagements, she has served as assistant conductor at the Weimar Bach Cantata Academy (Germany), led by maestro Helmuth Rilling, and has been awarded choral fellowships with the Junge Stuttgarter Bach Ensemble (Germany) and Lucerne Festival Academy (Switzerland). A voracious interpreter of the most demanding repertoire, she has performed regularly with such premiere chamber ensembles as Vokalforum (Graz, Austria) and Audivi (Detroit, MI).

In addition to her professional activities, she is the co-founder of Out of the Blue, a choral ensemble that offers workshop-performances in correctional facilities throughout southeast Michigan.

Dr. Tam holds degrees from the Massachusetts Institute of Technology, the Yale School of Music, the Universität für Musik und darstellende Kunst (Graz, Austria), and the University of Michigan. She is a former fellow of the Congress-Bundestag Youth Exchange for Young Professionals. 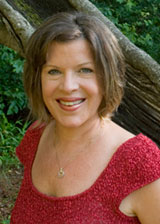 Originally from Charlotte, North Carolina, Jodie received her bachelor’s degree in piano pedagogy from East Carolina University. After moving to Virginia in 1994 she started her private teaching studio, which is now Piano Works Studios in Ashland.

As a dancer herself, she began teaching dance and accompanying dance studios in the Richmond area, including Richmond Ballet and the VCU dance department. Jodie currently teaches piano at Randolph-Macon College and has been an adjunct faculty member since 2002. This is Jodie’s eighth year as accompanist for the R-MC Concert Choir. It has been one of her most challenging and rewarding experiences.