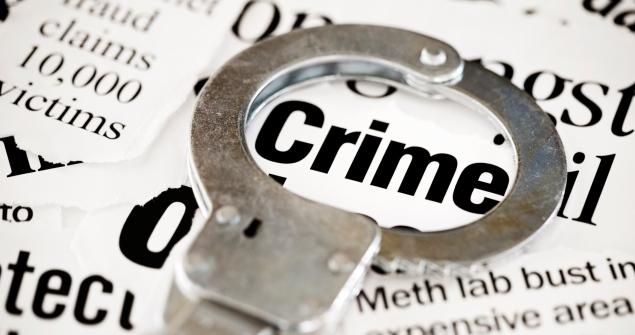 This mass communication study is associated with my project because it is great research about how children view crime shows and then their attitudes on law enforcement. This study partook in four NYC schools, where 371 fifth graders filled out questionnaires. These questionnaires were modified based off their ages and resulted that for these children viewing of crime shows was positively correlated with being able to identify a character as someone associated with law enforcement, belief that criminals usually get caught and know and understand civil rights when arrested (e.g., right to remain silent). Another result of this study included that when the child valued TV more, the less likely they would be to inform the police about a witnessed crime.

This research by James M. Carlson at Providence College reports that preadults, ages eleven to eighteen years old, are influenced by crime shows that they watch at their age. This research was conducted in 1983 and may be considered older research. However, it is still relevant for today’s time, especially now that television use has increased from the 80s and technology has advanced. These preadults’ attitudes toward civil liberties are impacted by shows that involve some type of criminal ‘reality’. In this study, Carlson describes how communication researchers are beginning to connect consumption of entertainment programs to psychological, socio-political attitudes. These results are important for my audience to see because it shows a specific group, preadults, being impacted by crime-based television shows.

This research conducted examines the association between the prevalence of ethnic minority characters (such as Blacks and Latinos) on television shows and compares White attitudes because of it. The conductors of this study chose to employ a repeated cross-sectional survey design, looking specifically at the tensions between internal validity and generalizability. My audience needs to understand the biases that occur on television shows so looking at this study is prevalent. They also touch on crime shows and their influence on Blacks, because exposure to shows like Cops elevates perceptions of crime rates among Blacks.

This study is important to include in my sources because it investigates reality-based police shows, like Cops, Top Cops, FBI, and America’s Most Wanted. Oliver suggests that the portrayals of crime-related topics in news and fictional police programs may serve to cultivate perceptions of a dangerous world, to intensify racism, reduce support for civil liberties, and promote positive remarks of police. Oliver recorded five programs and coded ‘main’ police in these shows as well as the ‘main’ criminal(s) to note the gender, race, and aggressive behavior of each individual in each category. These findings showed that these shows have underrepresented blacks and overrepresented whites as police officers, in comparison to government statistics. They also found that police are more likely to use aggressive behavior, whereas the suspects are more likely to ‘suffer’ from these behaviors.

This source is a statistical piece that will allow my audience to see law enforcement populations from a racial and ethnical demographic perspective. It is significant to show accurate data on this controversial topic, so by having this website’s data to include will help those understand the diversity of the police departments all across the United States.

This is another statistical piece of evidence I will be incorporating in my project. This information is from the FBI: UCR website and gives three tables for arrests in 2012 categorized by race. I feel my audience also needs to see the demographics of people arrested to compare white criminals to black. For example, in 2012 over six million whites were arrested compared to over two million blacks. It is interesting seeing this and comparing to the crime shows, who, some say, only use black actors and actresses as criminals.

Television shows don’t always trigger a higher chance of attitudes toward race. Another issue besides race is mental illness. Mental ill characters on television shows are portrayed as 10 times more likely to be a violent criminal than nonmentally disordered characters, according to Dienfenbach and West in this study. Using cultivation analysis and a community survey, they generated hypotheses to examine viewer attitudes toward the mentally ill citizens. Results of this study showed that people are in fact reluctant to admit these portrayals that they have and how it impacts them in real life (an example is avoiding mentally ill people by not wanting to live next to them). At the end of this study, the researchers advise for mental health professionals and policy makers to help alleviate change for this stereotype.

This study’s objective was to determine how the mentally ill are depicted in prime-time tv shows, similar to my previous one. However, this study refers to Australasian television. The reason I am showing my audience this study from Australia is to be able to relate other countries other than the United States to get a global perspective on mental illness on TV. Although these may not be crime dramas, it is still important to understand the severity of these stereotypes. They studied 14 programs and 20 mental ill characters and found that these characters are represented as dangerous/aggressive (physical violence like killing others, threats, suicide and emotional outbursts), unpredictability, dangerous/incompetence, and untrustworthy. Overall, this study shows the negative depictions of mental ill and contribute to the stigmatization of this population.

This study specified a distinct interaction between the level of forensic evidence and crime show viewing in that those who watched crime shows were more likely to favor the defense than those who did not in some evidence conditions. They describe the cultivation theory, which argues that heavy TV watching influences people’s perceptions of social reality. Described is also the CSI Effect, which is defined in terms of the TV medium through crime shows cultivating one’s perceptions of social reality, specifically, their perceptions of forensic science.

This is just a simple article in the Huffington Post written by journalist Paige Smith uncovering the psychological reasons why we enjoy crime shows and how they impact us mentally. Interviewing professors of psychology and other qualified individuals, this article explains that we find these crime shows fascinating because it offers different parts of the human psyche. But at the same time, with continuous exposure to true crime shows, it can negatively affect your body because you are so tense and stressed. This is a good article to let my audience know a little background of the crime shows impacting us, psychologically.